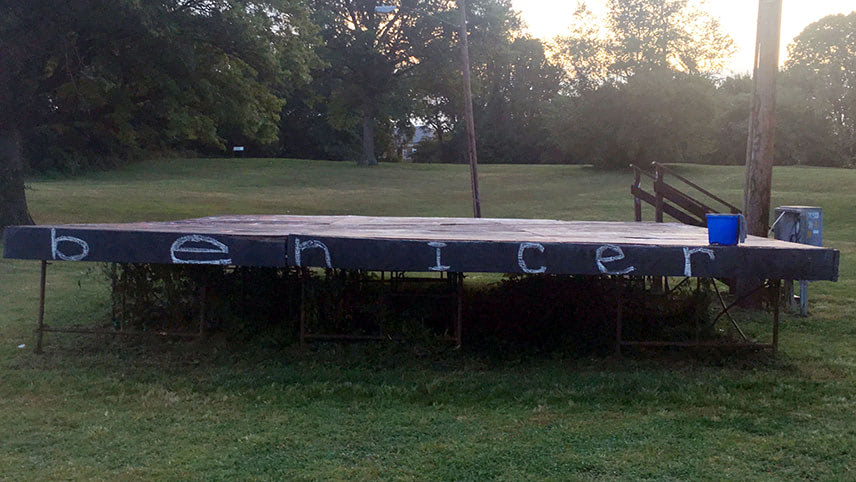 It is often noted that the concert series runs with the help of a team of volunteers. Some are there in the moment; some are there summer after summer and then even help in the so-called off season. Most remain anonymous outside their friends and family.

The concert series lost a dedicated and vibrant volunteer suddenly on October 5th. Our friend, Leon Rosenman, who was behind the chalkboard announcements among a variety of other undertakings. He was inconspicuous in his work for the concert series but his admiration for the shows was obvious. 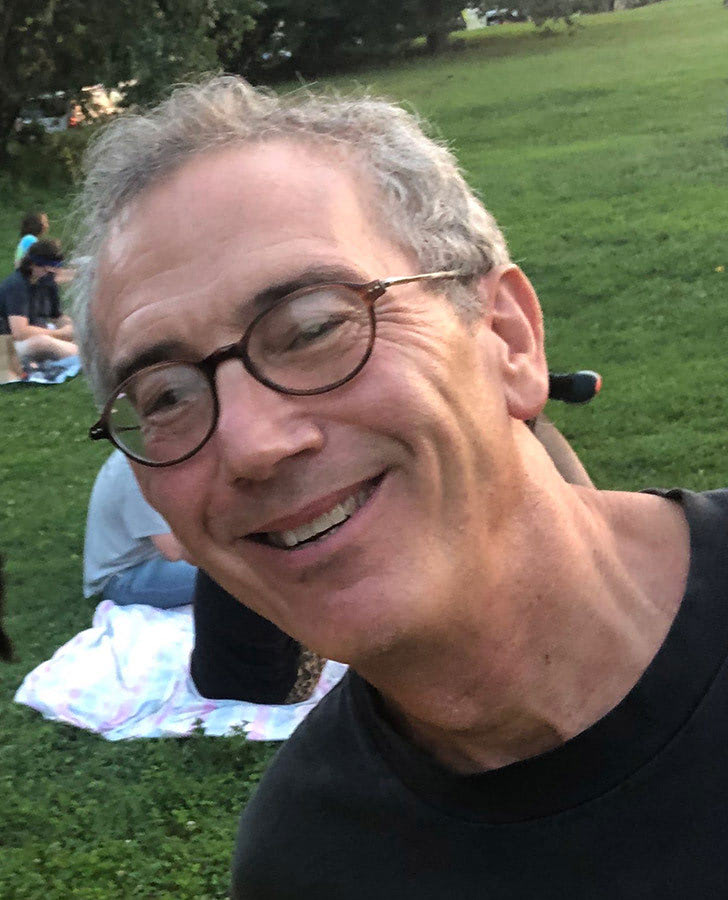 When the old stage was coming down he took pictures for me. If Marty needed some help in a pinch, Leon was there. He organized planning sessions to discuss future plans for the concert series. And when rain washed away Leon’s work, he would go do it again. Leon loved Fort Reno Park and especially the concert series.

More than a decade has passed since I met Leon, who was eager to arrange an employer matching donation and get involved with the concert series. He was at every show and had “his” spot. He loved music; particularly new discoveries, even if it was only new to him. During the stay home orders of 2020, Leon organized a vinyl chain letter. Each person on the list was supposed to mail an album they loved to the name they were given. Extra points if you supported a local record shop. Fucking brilliant.

Leon was a beloved friend, eager collaborator and passionate human. He had a humor that was unstoppable. His chalk skills unparalleled. Leon lived full. I will miss him very, very much.

Let us all be reminded to love openly, be available and to live intentional, noble days.

Leon’s family has requested that in lieu of flowers, people should donate to the Fort Reno Concert Series in his memory. Feel free to leave a note if you are so moved.

*About this picture. Leon sent me pictures of his handy work regularly. This one was from the end of the 2019 season when we learned that the stage was set to be demolished for a replacement.